Updated a year ago

A wise man once coined the proverb "Time flies when you're having fun". It's hard to believe, but the LoungeBuddy annual retreat has been an official tradition for five years and counting now. The more time passes, the more I've come to understand the veracity of "the more things change, the more things stay the same". As much as things have evolved over the years (including changes in the positive direction in number of LoungeBuddy bookable lounges, monthly transactions, and LoungeBuddy employees, among other variables), the retreat has been one of those cornerstones that serve as a reminder of how much the culture, values and general core of the company have remained steady over the years.

Compared to previous retreats, this one felt very much like a comfortable continuation of the previous year's, which you can read about here. Of course, this redux moment did not exactly come out of left field given the identical setting (Puerto Aventuras!), though we did move two doors down for a slight dash of novelty, among other reasons.

Another difference from last year’s retreat is that we've grown so large as a team that one or two flights (or even three!) no longer sufficed for transportation. Team members flew in from all corners of planet Earth, which made logistics and planning slightly more difficult than previous years. However, it was worth it all things considered. The two largest contingents flew from our headquarter city by the bay, San Francisco. One group departed early on a 6 AM flight on our CTO's favorite airline with a brief Home Alone style dash to the gate in Salt Lake City, earning thousands of Skymiles in the process. The other group, which got a bit more sleep the night before, flew the friendly skies at a more comfortable departure time hours later.

Landing in Cancun International Airport, it really felt like we were picking up right where we left off a year ago. Familiar sights came into focus once we walked out of the arrivals terminal - Jimmy Buffett's Margaritaville, overcast skies paired with warmth, and throngs of representatives and drivers waiting to shuttle arriving passengers to their final destination. The tropical, humid climate and distinct scent of Cancun had a rejuvenating effect, shaking us out of a cold winter's stupor directly into the midst of paradise, to which the namesake of our transfer company would allude.

We made a quick stop at a roadside convenience store/gas station, Seven Eleven, to pick up some bottles of spring water for thirst quenching before continuing on the hour and fifteen minutes drive to Puerto Aventuras, a tranquil gated community located in the heart of the Mayan Riviera. Last year, we stayed at Riviera Maya Haciendas' beautiful Hacienda Del Mar. This year, we moved two doors down to another villa owned and operated by the same group, Hacienda Magica. The villas were very similar in aura and atmosphere, though the developers of Magica have arguably made better use of the courtyard, filling it out with a floodlit tennis court complete with an abundance of artwork, chairs, and other interesting novelties in the surrounding covered walkways. Given the numerous objects of interest and the ideal climate, the villa was a great place to spend the night, especially for those of us with habitual insomnia. Some additional minor differences existed as well - while last year's swimming pool was arranged parallel to the Caribbean Sea, this year's pool was rotated ninety degrees into a perpendicular position.

The food at Hacienda Magica was delicious, and the availability of three complete meals a day undoubtedly increased the appeal. We enjoyed all sorts of side dishes and main entrees: carne asada tacos, a hearty Mexican chicken soup, a bottomless supply of guacamole and chips, empanadas, hamburgers with french fries...and this list is merely scratching the surface. One day, during lunch, horchata was offered as a beverage option, which made that day instantly amazing. However, even more so than horchata, what really made the retreat special was being able to spend time with our fellow team members in a setting governed to a lesser extent by deadlines and to a larger extent by relaxation and delight. Nights at the Hacienda Magica typically included many sessions of card games and video games, with tennis (both table and court) matches and pool time making up a significant portion of the remainder.

One afternoon, our Head of Customer Support premiered a video (produced by BZ Productions) introducing us to the customer support team that she manages in the Philippines. Her direct supervisor, LoungeBuddy co-founder Brent Griffith, followed up with a session in which team members in possession of a "speaking sunscreen" would have the opportunity to make their voices heard on what they enjoy most about working at LoungeBuddy, along with some insights on what could make the LoungeBuddy work experience even greater. Mornings consisted of numerous instructor-led yoga sessions, daily breakfast, and post-breakfast work sessions, where we basically did what we normally do at work, except in a more compressed time frame.

The tradition of LoungeBuddy retreat swag continued, with this year's prize package consisting of a koozie, a pair of sunglasses, and a pair of limited edition LoungeBuddy flip flops to complement last year's t-shirt and towel.

During the halfway point of the retreat, or at some point close to it, we walked to the town center of Puerto Aventuras to enjoy lunch at a local restaurant. The highlight of the town center is a large circular body of water where you can swim and play with dolphins. This body of water is ringed by a pedestrian street with restaurants, souvenir shops, and pharmacies all around.

At the recommendation of one of the villa staff members, we ate at a local restaurant called The Pub. There were several English inspired items on the menu, like fish and chips and the alcohol selection, but otherwise, it seemed to be a mix of mostly Mexican, American, and Latin American favorites.

One splendid day, when the rain cleared up a bit, the snorkeling and boating excursion was on. Walking into town along the beach and through the Omni Resort, we eventually reached our boat, which was waiting patiently along one of Puerto Aventuras' many waterways. The name of the boat, Pura Vida with subheading Montego Bay, brought back memories of the second LoungeBuddy retreat (as well as Costa Rica for team members who have visited on their own). For lunch out on the open ocean, we had ceviche with chips, along with some beef tacos. This event was a blur, as time flew by quickly, and it was a fun time for all. A couple of us decided not to go into the water, but those who did were able to put on flippers, masks, and life vests to spend quality time with turtles, fish, and corals inhabiting the shallow waters off the coast of a small island.

Due to pre-existing plans, unfortunately, I left the retreat a day early. One piece of advice - try to moderate your liquid consumption before leaving for Cancun Airport. However, the rest of the team had a great time on their last full day in the villa and during the time that they spent in Playa Del Carmen.

All in all, this was a very solid retreat that will certainly rank up there among the best LoungeBuddy retreats. Every year, LoungeBuddy team members really look forward to certain events - Christmas, Hanukkah, Mid-Autumn Festival, Cinco De Mayo, Pi Day, and of course, the annual retreat. As a travel company, it’s important for the team to have constant reinforcements about our target audience and their needs, and there’s no better way to keep this focus front and center than putting ourselves in their shoes through immersive first hand experiences. Flying back home from Cancun International Airport, many members of our team got to do just that, booking access to the Mera Business Lounge through LoungeBuddy to take in the full consumer experience. Reflecting back on the retreat, it seems that it would be very difficult to top this event, but life has a way of surprising you sometimes. With perfect vision into the future, our prediction is that Teamcation 2020 will be just the thing to top this.

Check out some additional write-ups on our past retreats here: 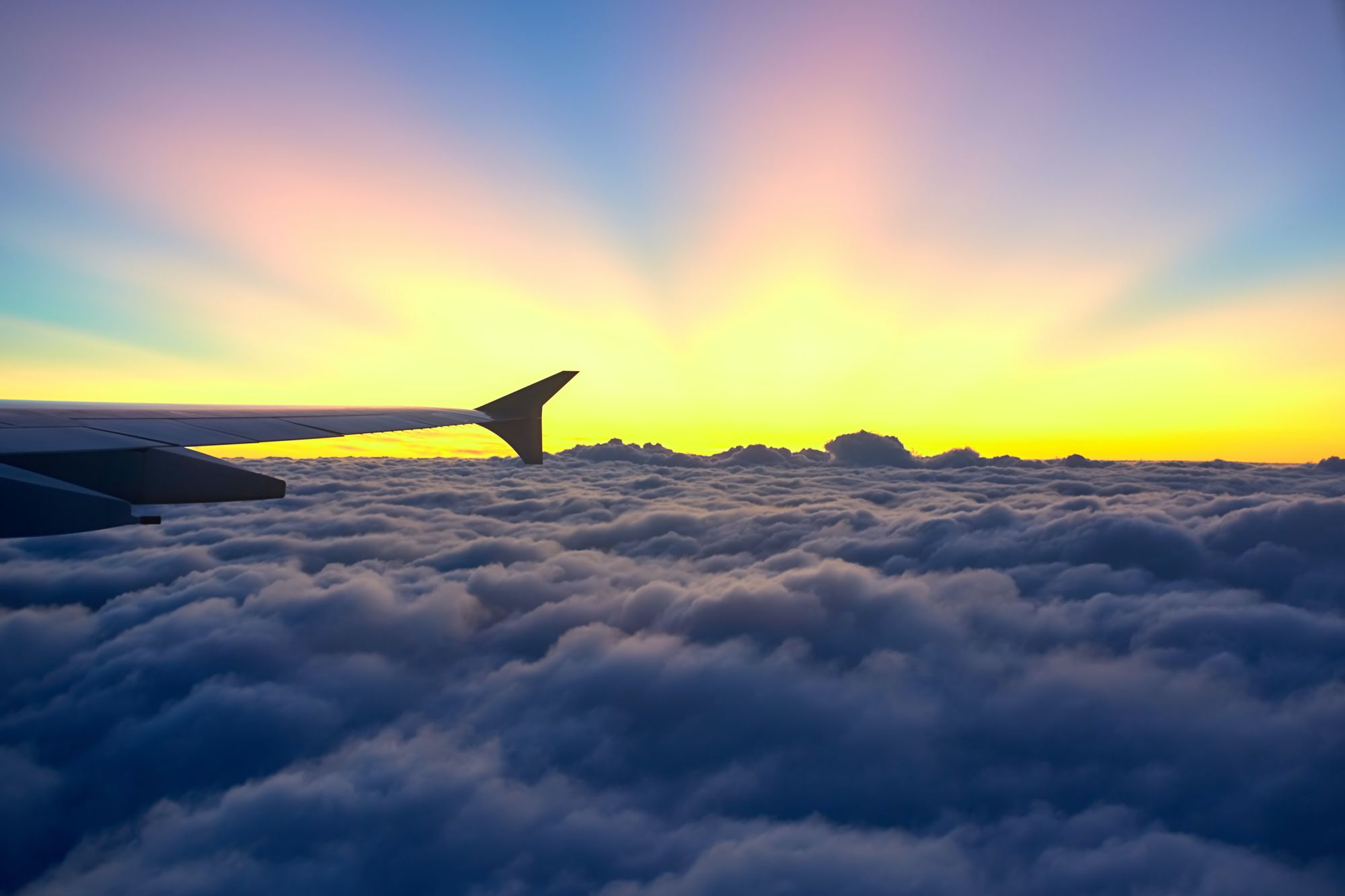 We are beyond excited to announce the launch of the LoungeBuddy iOS Early Access Program! For the past year, our team has been working tirelessly on completely refreshing our iOS application to make discovering and accessing... 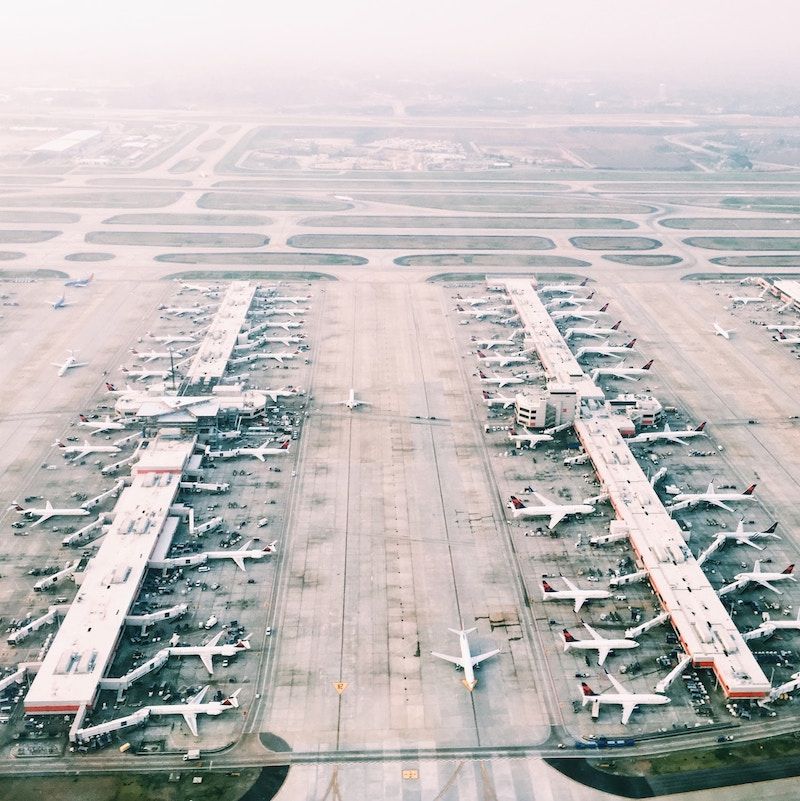